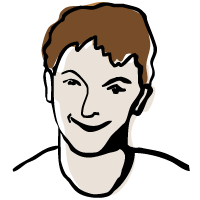 Hello, my name is Benny and I live in Sydney, Australia. Electricity is amazing. So many people take it for granted that when they turn on a light switch, the lights in the room will be illuminated. However, if you don't take proper care of the wiring and fuse box on your property, you may soon find that the lights don't come on when you expect them to. I didn't know how to look after the electrical system in my home until I had to call an emergency electrical contractor in order to repair my fuse box. He gave me some great advice which I would like to share with you here.

If you've suddenly noticed smoke emanating from a wall outlet, you may be tempted to panic. Yet it's important to keep your cool and take certain actions to try and avoid any escalation. So, what should you do?

Your first action should be to figure out whether any active fire is hidden behind the drywall. If you've just noticed some smoke as you plug in a device, you may be able to avert any outright fire by turning the switch off and unplugging the device. Does the area around the outlet feel hot to the touch, or does smoke continue to pour from the outlet? If so, you should get in touch with the fire authority and be prepared to evacuate the property. If you have an extinguisher handy, make sure that it is powder-based, as you should never use water to try and deal with an electrical fire.

If there is no further evidence of fire, then you need to determine the cause of the problem. This could be linked to loose wires or damaged connections, which can lead to an electrical arc, smoke and potential fire. There may also be some debris within the outlet, which could lead to a short circuit. Any short circuit will generate heat, which could lead to a potential fire hazard, and any dirt and debris will need to be cleaned out carefully.

Occasionally, a short circuit can be caused when you plug too many devices into a single outlet. This is not unusual as people attempt to plug in so many devices around an entertainment system. Still, this may overload the circuit, which is only designed to handle a certain number of amps. Typically, an overload will trip the circuit breaker and cut off power to the circuit, but if this doesn't happen, it will lead to a buildup of heat accompanied by smoke.

If the wiring system in your home is quite old, you may be dealing with corrosion or other deterioration. These events could also lead to sparking and arcing with associated heat.

What to Do Next

It's difficult to determine what may be going on behind that outlet cover without closer investigation, and for most people, this will mean bringing in a professional. Certainly, don't attempt to clean any debris from within an outlet without taking appropriate safety measures, and don't attempt to plug anything back into the particular outlet until you have spoken to an expert.

Get in touch with an electrician who offers emergency electric work and explain the issue. They will quickly advise on the next course of action.